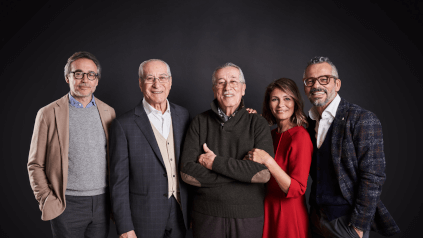 Casa Vinicola Carlo Botter - the story of a family

The history of the Botters begins in 1928, when Carlo Bot ter and his wife Maria founded the Casa Vinicola Carlo Botter in Fossalta di Piave and started selling wine in barrels and glass balloons. For a long time, the Botters limited themselves to this, the upswing was to follow with the next generation.

In 1950 the sons Enzo and Arnaldo joined the company. With them, bottle sales entered the family business. The fame in Italy increased bit by bit through hard work and thus opened the doors to expand into other countries. In 1965, the first wines were sold on the European market, in 1980 for the first time outside Europe.

The doors in Italy open

In the beginning, only wines from Veneto were sold, among others from the family vineyards. In the 1980s, the Casa Vinicola Carlo Botter expanded its portfolio with wines from all over Italy. Thus, cooperations were made with vintners from Abruzzo, Campania, Apulia and Sicily in order to represent Italy's entire wine diversity and at the same time to be able to keep up with the market demand.

At the end of the 90's the third generation of the family joined the company with Luca, Annalisa and Alessandro. Today, Casa Vinicola Carlo Botter is one of the largest wine exporters in Italy, with one out of every 35 exported bottles coming from Botter.

In addition to the countless partners whose wines the Casa Vinicola Carlo Bot ter distributes, the company today owns two wineries of its own and  a cellar:

This winery has belonged to the Botter family since 2017 and is located in Salice Salentino, one of the most famous wine regions within Puglia. The Botters invested in the wines of the region as early as in the 80s, when they did not yet have their current status. The purchase of Masseria Doppio Passo was the next logical step to strengthen the connection to the "heel of the boot". Today, 1500 hectares of vineyards provide the grape material for the Apulian wines of Casa Vinicola Carlo Botter.

The La di Motte estate is located in the tranquil village of Motta di Livenza. The name comes from the terrain, with "Motte" meaning a small valley, "La Di" in Friulian simply meaning "at the house of/by". Maria Botter was from Friuli, so the acquisition of the estate can be seen as a tribute to her roots.

At the headquarters itself are the production and bottling facilities, which extend over 62,000 square meters. 23.5 million litres can be stored here. 452 tanks are available for the fermentation of wines, and the bottling lines can fill around 450,000 bottles a day.

The wines of Casa Vinicola Carlo Botter are divided into 6 categories:

While the wines of the first category come from Veneto and Friuli, the southern Italian ones come from Abruzzo, Campania and Sicily. The Apulian wines, as well as wines from Molise north of Puglia, and some wines from Abruzzo can be found among the Riserva wines. 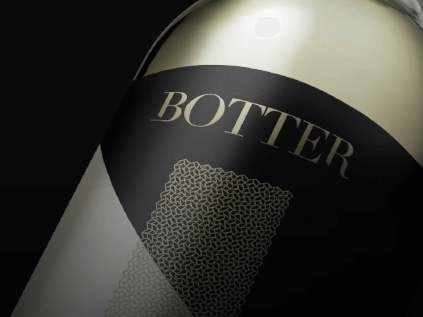 Among the specialties are wines such as Appassimento, a wine whose grapes are dried before fermentation to concentrate the sugars. Botter's organic wines come from Veneto and Puglia. So you can find different Prosecchi, but also Primitivo, which are produced with respect for nature.

In Veneto, the Prosecco cannot be missing, of course, and thus, the variant from Treviso is the backbone of the sparkling wines from Casa Vinicola Carlo Botter. Sustainability is one of the pillars of the company, which aims to future-proof the family business.