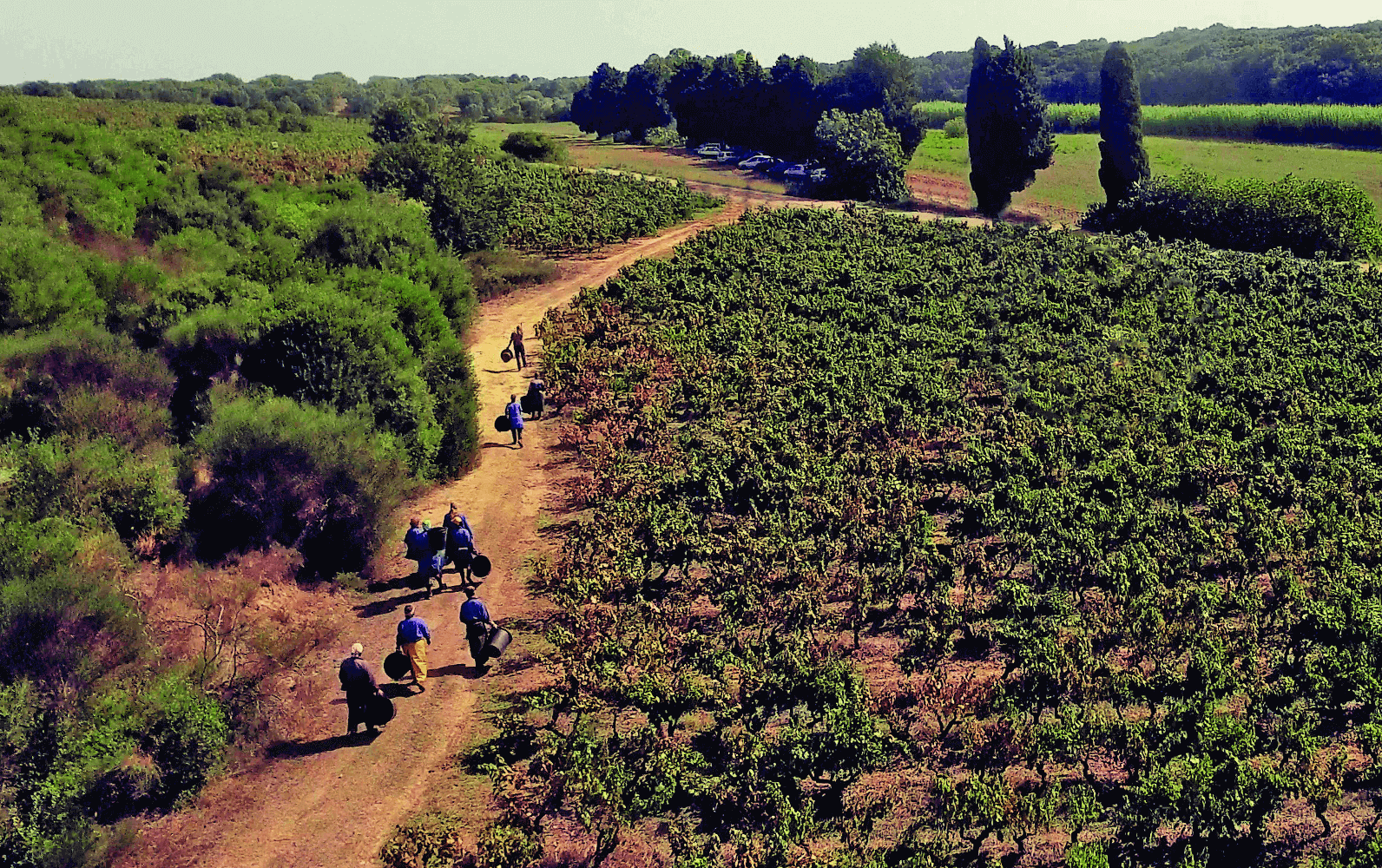 Cantina Sampietrana in the Baroque South of Italy

The history of Cantina Sampietrana begins in 1952, when the Second World War has just ended and technical innovations influenced the economy and society. Agriculture begins to be mechanized with the first tractors, many uncultivated lands and large areas that once belonged to large landowners are redistributed with the new land reform and granted to farmers' cooperatives.
In the baroque south of Italy, between the light-flooded old port city of Brindisi and the old baroque city of Lecce, in the small village of San Pietro Vernotico, just a few meters from the old railroad line that connects the south with northern Italy and was the only means of transportation at the time, the Cantina Sociale Sampietrana is also founded in the course of this redistribution by private winegrowers who recognize early on the advantage of a shared winery, but do not want to join a large cooperative.

The Cantina Sampietrana winery is located in what is now the historic center of San Pietro Vernotico, in an area of about 8000 square meters. The 190 hectares of vineyards of the members are distributed around the village on fertile soil, the climate suitable for these crops produces wines that are unique for their body, complexity and elegance.

At Sampietrana, the primary objective is to produce high quality wines, with the aim of selling them in bottle. The mostly flat vineyards extend in the triangle of Brindisi, Lecce and Taranto in the deep south of Puglia, where the ancient autochthonous grape varieties Primitivo, Negroamaro and Malvasia have been native for centuries. For more than half a century, the winery has remained faithful to local traditions: the vines are trained using the typical "alberello pugliese", a regional specialty. In addition, there are more recent vineyards planted with other national and international grape varieties such as Cabernet, Montepulciano d'Abruzzo and Chardonnay. 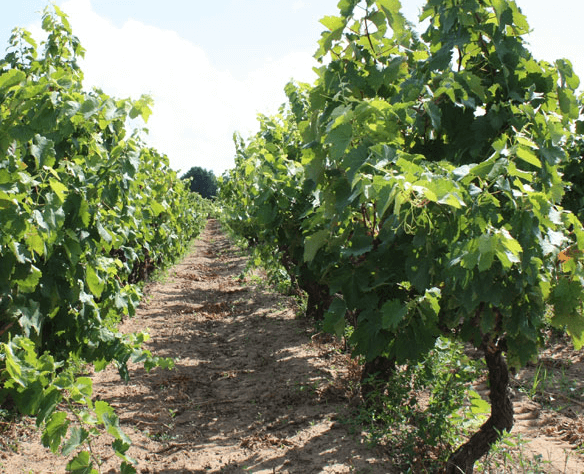 Cantina Sampietrana produces several product lines elegant and characterful wines that enjoy national and international recognition: Riserva, Selezioni, Tacco Barocco, Ambasciatori and the newest line Cinquantino.
Cinquantino is a tribute to Stefano Cervino's father, to the 50's and to one of the most used means of transport of the 50's in Italy and still popular today, the Vespa 50cc. 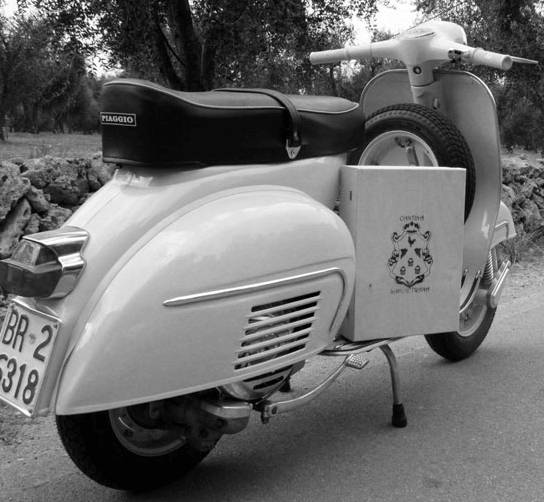