Stolichnaya is a vodka brand of the Luxembourg SPI Group. The vodka is one of the best-selling in the world. 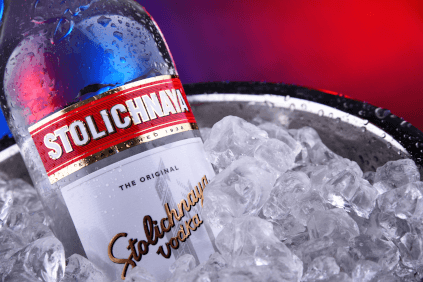 The name Stolichnaya comes from the Russian word Stoliza - capital. The name therefore means nothing other than"coming from the capital", referring here, of course, to Moscow. The exact origins of this vodka are unknown, the first known production dates back to 1948, but the label design suggests a later age.

In 1953, the Soviet Union introduced the vodka at the International Trade Fair in Bern and won a gold medal for it. Although the name alludes to Moscow, the vodka was produced for export in Ukraine at the time.

Stolichnaya and the USA

An illustrious detail of the Cold War is the trade agreement between the PepsiCo company and the Soviet Union for the export of the vodka to the Western world. In return, Pepsi was allowed to be sold in the USSR, the first American consumer product on Russian soil. 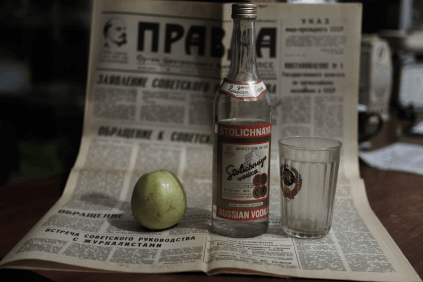 With the collapse of the Soviet Union, the manufacturer of Stolichnaya was privatized. This was followed in 1997 by its sale to the SPI Group, which continues to produce the vodka to this day. In Russia itself, the FKP Group produces the vodka.

Vodka is classically produced from raw products containing carbohydrates, such as potatoes, grain or molasses. This is true for Russian vodka, but in other countries, such as Australia, grapes are also used as suppliers. However, these products do not comply with the purity law that applies in Russia and Ukraine.

Stolichnaya vodka is made with wheat, rye and artesian water. After fermentation, it is distilled three times, yielding about 96 percent alcohol. This is then diluted with water to the bottle concentration and filtered again through quartz, sand, activated carbon and finally through a cloth. 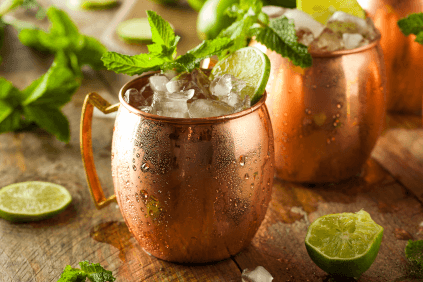 In addition to the pure Stolichnaya, as well as the higher-end Elit, several flavored versions of the iconic spirit are available today: