The Günther Steinmetz Winery - Brauneberg at its best

With its 10 hectares, the Günther Steinmetz winery is truly a small enterprise, but what Edith and Stefan Steinmetz lack in mass, they make up for in class two and three times over.

In the process, Stefan Steinmetz can draw on first-class vineyards in Brauneberg on the Mosel. For Steinmetz, these include parcels in big names like the Brauneberger Juffer, but also in old traditional sites like 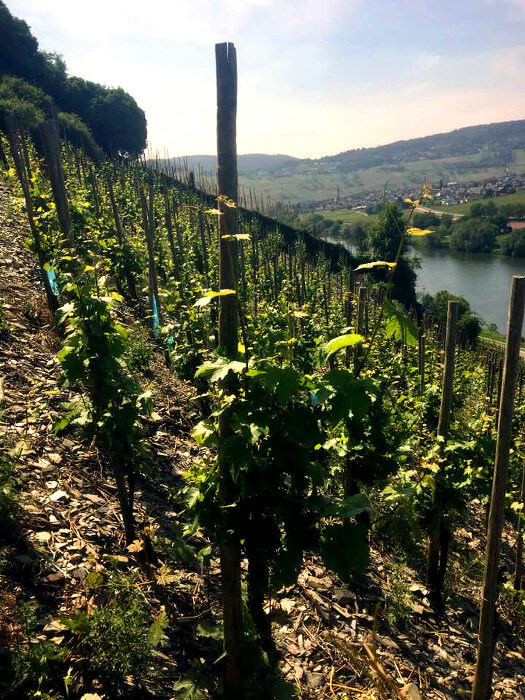 As if that weren't enough, the Günther Steinmetz estate can also boast vines in the Veldenzer Grafschafter Sonnenberg as well as in the Dhroner Hofberg, from which the ingenious Riesling and Pinot Noirs are produced.

The secret of success of the Günther Steinmetz winery is above all rigorous quality fanaticism. Controlled low harvest quantities, a strict selection of the grapes, exclusively hand harvesting and a gentle grape processing are only some of the cornerstones of the winemaking at Günther Steinmetz.

Since 1999, the main responsibility for the development of the wines of Günther Steinmetz has been in the hands of Stefan Steinmetz. However, the generational change has had no effect on quality, because if there is one thing that matters at the Steinmetz winery, it is the preservation of tradition. That is why Stefan Steinmetz focuses above all on the independence and strength of character of the Rieslings and Pinot Noirs. In doing so, he takes a natural approach and tries to use means of conventional agriculture as rarely as possible. 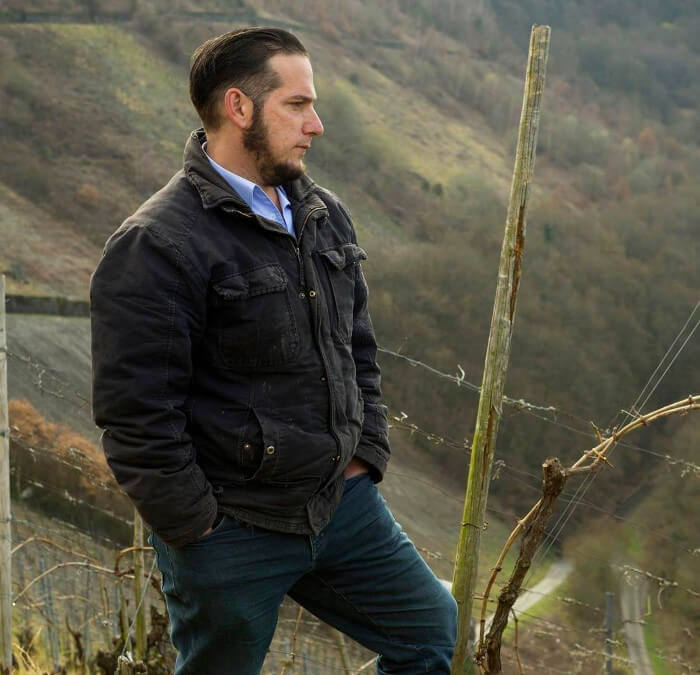 In the cellar of the Günther Steinmetz winery, "As little as possible, as much as necessary." That is why Stefan Steinmetz does not use cultured yeasts and does not use fining agents ,as well as acid additives or deacidifying limes. Steinmetz also does not use animal proteins to clarify the musts and vinifies the wines exclusively spontaneously in large wooden barrels.

High-ranking wine critics recognized the potential of Steinmetz wines years ago and often praised them to the skies. So the time when Steinmetz could still be called an insider tip is over. Fortunately, Stefan Steinmetz does not translate his reputation gained over the years directly into prices, as so many winemakers do, but instead puts a smile on the faces of Mosel friends with his fair bottle prices.

"Compared to last year, the wines from this Brauneberg estate have clearly improved. They have become more playful, clearer and finer. Especially the light dry Rieslings can please, as they are reminiscent of delicate, crystal clear Kabinet wines. The liter Riesling is at the top of this category in all of Germany. [...] In many years, you can buy almost any wine here in this estate blind."

"The wines of the 2016 vintage are extraordinarily distinctive. Even the practically dry Brauneberger Riesling is a prime example for the region and for the style of the house."

This website uses cookies, which are necessary for the technical operation of the website and are always set. Other cookies, which increase the usability of this website, serve for direct advertising or simplify interaction with other websites and social networks, will only be used with your consent. More information
Decline OK Configure