The Heinrich Vollmer winery is located in the Mittelhaardt near Ellerstadt. In one of the warmest regions of Germany, high-quality wines are produced for occasions of all kinds. Winery Heinrich Vollmer - The story of a passion

Heinrich Voll mer made his first wine at the tender age of 8. His father Wendelin guided him in the process. So it is not surprising that he developed an enthusiasm for the craft and set off for Burgundy in 1963 to expand his knowledge. Well trained, he returned and immediately set about founding his own winery in Ellerstadt in 1972.

He achieved a coup in 1973, when he managed to place his wines on the beverage list of Lufthansa. Thus, he very quickly manages to expand the fame of his winery. Many years later, the Heinrich Vollmer w inery has risen to become one of the largest private wineries in Germany. In the meantime, he is supported by his daughter Eva, who represents the next generation at the winery. 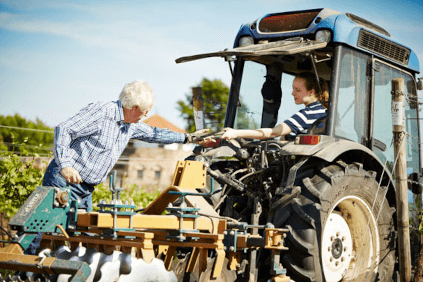 The offshoot in South America

In addition to winegrowing, Heinrich Vollmer is passionate about mountaineering. He is particularly fond of South America. On a tour in 1987, he was unexpectedly offered the opportunity to acquire his own vineyard in Argentina. He recognized the potential of the country and founded the Bodega Enrique Vollmer there, which is the second winery in the family business.

The winery in warm Ellerstadt

The area around Ellerstadt is one of the warmest and driest regions in Germany, with 1800 hours of sunshine a year. The soil is rich in minerals and humus, small pebbles can be found everywhere in it. Ideal conditions for the grapes from which Heinrich Vollmer produces white and red wines and sparkling wines.

Sustainable cultivation is always taken into account, as Heinrich Vollmer once learned in Burgundy. Chemical pesticides are not allowed, the soil should remain healthy, which ultimately also benefits people. 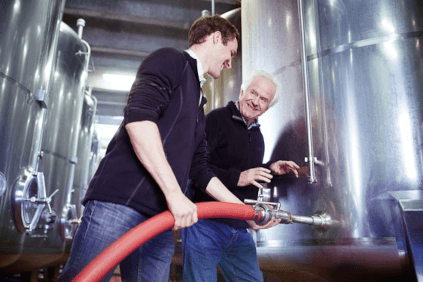 The winery Heinrich Vollmer can fall back on a cellar of 2000 square meters for the vinification. With a depth of 9.60 m, ideal temperature and humidity conditions are provided here. White wines are fermented in stainless steel tanks and mature on the lees, for the red wines there are wooden barrels after the open mash fermentation, in which they can mature.

The portfolio of the winery

The wines of the Heinrich Vollmer winery can be divided into 6 categories:

In addition, there are also the wines of the Bodega Enrique Vollmer.