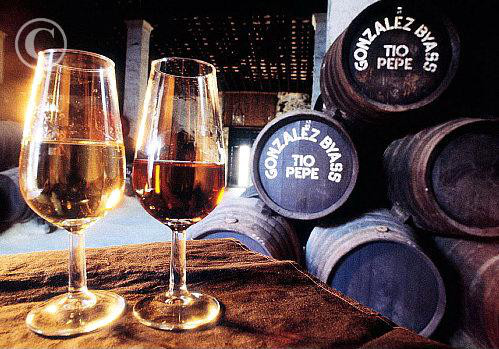 Gonzáles Byass is one of the great sherry houses in Jerez de la Frontera (hence the name Sherry, derived from the Arabic term Sherish for Jerez). It was founded as early as 1835 by Manuel María González at the time of the great sherry boom. Although it was initially conceived as a pure trading house, it did not take a decade until González now also produced wines himself. The winery was soon so successful that in 1855 González made his British commercial agent Robert Blake Byass his business partner, thus laying the foundation for what is now the world's largest sherry producer, González Byass.

Gonzáles Byass owns vineyards in the best locations of Jerez (also Jerez Superior), where the classic sherry varieties Palomino and Pedro Ximénez grow. Together with the heritage of 170 years of winemaking experience and the excellent winemaking and winery team, the name González Byass is a guarantee of the finest sherry quality everywhere in the world.